Air transport has become a mode of transport widely used by a wide range of industries and companies. Air freight is becoming an increasingly better alternative for shipping goods quickly and safely.

This branch of the logistics industry uses cargo aircraft capable of optimally storing and carrying all types of cargo.

Let’s take a closer look at what cargo aircraft are and how air transport has the necessary infrastructure to be a benchmark in international logistics Take note!

What is a cargo aircraft

The cargo aircraft is a type of aircraft that can have different sizes, and are designed specifically for the shipment of goods.

The characteristics of cargo aircraft are completely different from those of passenger aircraft, as they no longer integrate the same design model as the latter.

Although, as we will see below, there are aircraft that can combine both passenger and cargo transport.

Within international logistics, air transport is becoming increasingly important, as it is the most capable of transporting over long distances without the impediments of land or sea transport.

There is no doubt that storage space is one of the most important features, depending on the type of goods this will vary in one way or another. But not only space, but ease of loading and unloading is also an important factor.

In short, cargo aircraft are specially designed for the transport of goods, but also for their efficient loading and unloading.

There is a wide range of options for cargo aircraft, we are going to list the most commonly used ones, giving a brief description of their specific characteristics.

Types of aircraft for cargo transportation

As we have already mentioned, freight transport is not similar to passenger transport for obvious reasons, although sometimes we can find mixed models for both passenger and cargo transport.

Different aircraft models are used for the shipment of goods. Let’s take a look at a short list of the most common cargo aircraft in international logistics.

PAX is the term used in aviation to refer to passengers. Many aircraft combine passenger and cargo transportation. They are aircraft designed to be able to store a portion of goods, without losing the functionality and comfort necessary for the transport of people.

The acronym CAO refers to cargo aircraft only. There is a label to mark this type of aircraft (CAO). Therefore, we are talking about aircraft designed only for the transport of goods. Its structure and functionality is based on the loading, shipping and unloading of goods. There is no room for passenger transportation.

As we have already mentioned, there are different models of cargo aircrafts, the following are the most common in the logistics sector.

It is a classic cargo aircraft with a capacity of 112 tons, larger than its predecessors. It offers the possibility of 6 seats per flight for customers accompanying their cargo.

In addition, it is a popular choice for more complex loads, due to its large front and side doors. It has a range of 9,200km with maximum payload.

Another large cargo aircraft model, it stands out for emitting 18% less CO2 compared to its predecessors.

Some of its important characteristics:

Mixed cargo aircraft are those that, as their name suggests, are capable of transporting both cargo and passengers. Its special design makes it adaptable for these two very different types of cargo.

Passengers are in the cabin and cargo in the aircraft hold.

Some of the most commonly used models for mixed transport, both for cargo and passengers, are:

Unlike the Airbus 319, both the 320 and 321 have a longer operating distance, around 3500 to 5600 km. They have the possibility to load pallets with a large base, but with a lower height than other aircraft.

Two large aircraft with significant performance for the transport of goods. The 340 model stores goods in its hold and has a wide operational range of 12,000 to 15,000 km. Its design allows easy loading and unloading of pallets, with a maximum capacity of 16 tons.

Typical model for short distances, between 2700 and 4650 km. It can transport loose cargo up to 2 tons.

This model has a longer range than the previous one, reaching an operating range of 12,000 km. With a capacity of up to 18 tons, it stands out for the possibility of transporting up to 6 pallets.

One of the models with the highest capacity and operating range. It can reach flights of up to 13300 Km depending on the model. It can load both front and rear pallets (up to 6). It has large, wide doors that facilitate the loading and unloading of merchandise.

These are aircraft designed to transport large goods that stand out for their large dimensions.

Of this type of supercarrier aircraft for large loads, two models stand out in particular:

Large aircraft intended for the loading of large cargo, e.g. helicopters or smaller aircraft. It is also called “Beluga”, due to its resemblance to this animal, as we can see in the image.

It has a flight range of 1667 km and a maximum payload capacity of 47 tons. Its cargo area is located under the cabin allowing loading throughout the aircraft. 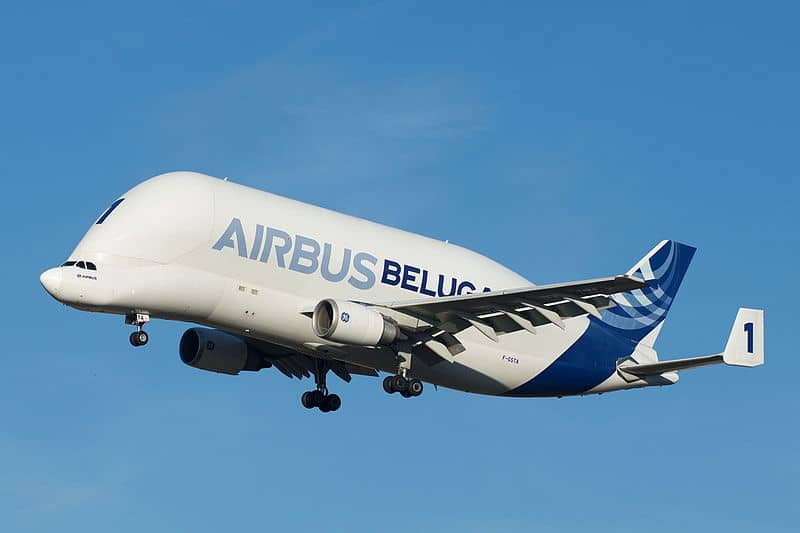 This is the largest model of aircraft for the transport of goods. With a maximum capacity of 250 tons and a flight range of 4000 km.

A large aircraft that can transport large volumes of cargo of important dimensions.

What is IATA, the International Air Transport Association?

Air transport is one of the means of transportation that has grown the most in recent years. For the logistics […]

Advantages and disadvantages of air transportation

Air transport is one of the most widely used, versatile and advantageous modes of transport compared to other transportation options. […]

The logistics sector has different means of transport to ship goods. For long-distance cargo transport operations, air, sea and land […]